Ironically, becoming what Eugene, Oregon artist and photographer Melissa “Mimi” Nolledo termed “an artist-artist” was originally not a life ambition for her. Yet, as the daughter of the late award-winning writer Wilfrido Nolledo,

Melissa has followed in her beloved father’s footsteps and become a highly versatile and talented artist.

The Manila-born Nolledo is the product of two cultures, the Filipino and the American. As would be the case with any Filipino expatriate artist living in the United States, Nolledo derives a great deal of artistic inspiration from both sides of the Pacific. Having lived in the US since 1989, she has well adapted to her home away from home and carved out her own artistic niche in the challenging environment of American society.

But Nolledo has not turned her back on the memories that flow from her Filipino upbringing. It was an upbringing that she owes a great creative debt to for it was the period that opened Nolledo’s young mind up to artistic energies that will influence her for the rest of her life. Nolledo describes her youth and the role that the arts played in it in this way: “I was born in Manila, and raised in a family of writers. My father, Wilfrido Nolledo, is a well-known, much-loved Filipino fiction writer in English. Growing up, I was surrounded by a lot of creative types: artists, painters and writer, all friends of my Dad. I was exposed to creative writing at an early age.”

Nolledo spent much of her childhood in the Philippines which was then toiling under the Marcos dictatorship. As a University of the Philippines (UP) student, Nolledo was thrust into the world of student activism. She was driven by the conviction that she could have a bearing on the student movement. Nolledo’s activism has been transposed to the numerous community-based activities that she engages in today. Nolledo was a writer for the student movement’s newspaper publication. Following college, she worked as a writer for a Filipino newspaper. Nolledo developed her keen photographic eye from these job experiences and brought her camera skills to the United States.

Nolledo excels at fusing photography into her digital artworks. This combination has generated for her, vivid and animated forms of creative illustrations. At the heart of Nolledo’s creative process lies a methodology of trial, variation, and transformation. She conducts the process by treating her photos in such a way as to produce a new, innovative image. Nolledo in addition, incorporates planes of color, varying degrees of light and darkness, and contrasts of shade. The end result is that her digital artworks call to mind the bewildering vibrancy of Surrealist aesthetics.

About digital art, Nolledo articulates her personal view of the form: “Digital art is a combination of many different techniques. ‘Woman Cradled,’ one of the pieces for which I’ve gotten a lot of amazing reactions, incorporates photography, painting and digital manipulation. The possibilities with digital art are endless: it’s such an open form of creativity that allows artists to continue improving on existing styles, while creating new ones.”

One can also discern an almost Buddhist quality in Nolledo’s digital art. Indeed, Nolledo’s enigmatic images touch upon her inner state of mind: “Working on digital images — processing, probing, constantly exploring colors, light and shadows — gives me a sense of peace, balance and appreciation for diversity and cohesion. My constant desire is to create a happy union of elements in my art echoes my philosophy that we should strive to live as one with the community around us.”

The Chromatext composition “But for the Lovers” consists of a semi-montage of dreamlike images that could be construed as psychoanalytic interplay. It was as if Nolledo, in the tradition of Salvador Dalí, was transferring, consciously or unconsciously, her own dreams to her art.

“Lily in the Sea” is even less representational than the other works in the “Chromatext” exhibit. While many artworks possess a wholeness and exactitude about them, “Lily in the Sea” carries with it a profound depth of meaning that distances itself from any final conclusions. The two consistent aspects in the triple-blocked, psychedelically colored painting are to be found in the trio of eyes that charge it with self-contemplative value, and in the swirling, circular motion that overprints the ocular images.

Nolledo‘s latest artistic endeavor is her 2009 “Fire and Ice” digital art exhibit. In the exhibit, she expands her digital art horizons by utilizing fractal flames in her pictures. “Fire and Ice” is the most recent addition to Nolledo’s ongoing project of surveying a variety of light and color effects in her art, the art that takes flight not merely as a dynamic exploration of creative ideas, but also as a mirror to her pensive inner being: “The images I create are often reflective of particular moments in my life or certain events in the world around me.”

Like any good abstract artist, Nolledo’s artistic sensibilities transcend the observable. Prosaic art audiences tend to reserve endorsement points for works that contain something of a grand narrative, a unified and linear meaning. But this is to operate on the cursory belief that what you see is what you get in Nolledo’s art.

If one is to do any justice to Nolledo’s productions, then one must be prepared to explore the hidden landscape of manifold interpretations that lie beneath her works. Equally important is that it makes sense artistically to look for interpretative relationships in Nolledo’s abstractions from a distant perspective than in close proximation. Therefore, if we think of her illustrations more as a collection of tessellated mosaics than as works that are centered and logical, then we will be directly confronted with the sublimity and genius that is inherent in her art.
— by Allen Gaborro, Artinsite Magazine 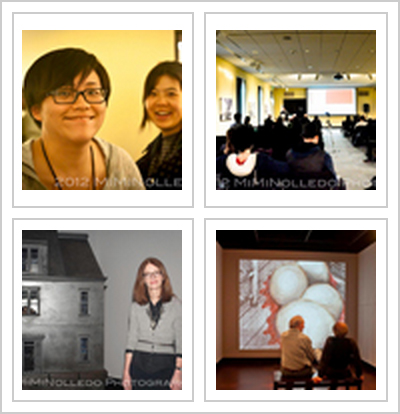 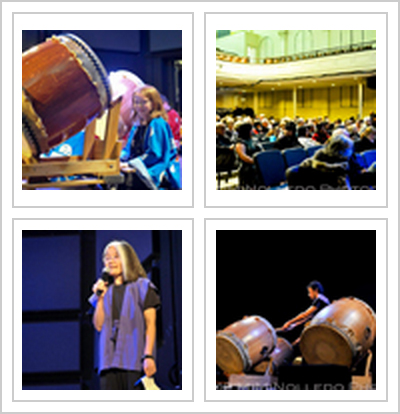